But as campaigns adjust to a new self-focused social media world, some are left wondering whether more meaningful voter-candidate interactions are suffering. When candidates oblige so many people, some requesting multiple takes to straighten that smile, square a double chin or get a pesky photo bomber out of the frame, are they losing the chance to clarify a policy position, listen to concerns or even just look a voter in the eye?

The answer: no. Candidates never "clarify a policy position" on a rope line.

Hillary Clinton's campaign used a rope to keep journalists away from the candidate on Saturday while she walked in this small town's July Fourth parade.

The ensuing photos of journalists, including a CNN reporter, being somewhat dragged by a thin white rope as Clinton walked down Main Street caught fire online.

Initially, Clinton's campaign was not using a rope to corral the press, allowing journalists to get close to her and ask her questions.

But campaign aides said they brought the rope out because they feared the press scrum of around a dozen reporters and photojournalists would obstruct the view of New Hampshire voters attending the parade.

The rope was held by two of Clinton's advance staffers, who at times walked ahead of reporters, seemingly pulling them along the parade route. 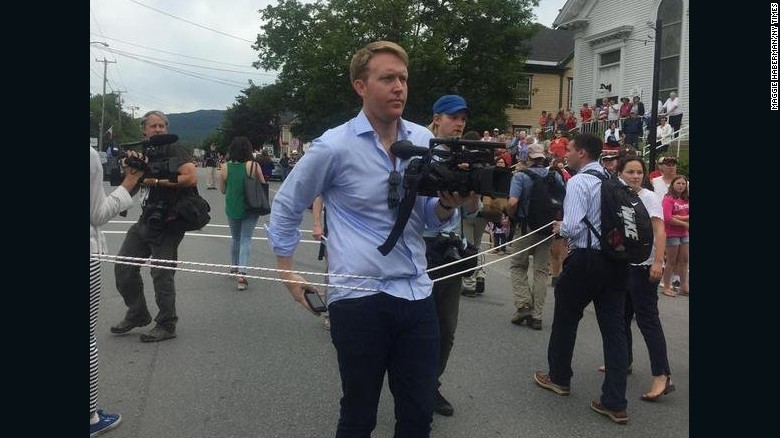