A report on campaign finance from the Bipartisan Policy Center:

We also know quite a bit about the size of contributions and the number of donors participating in the campaign finance system. As Figure 8 below depicts, the number of donors contributing to candidate campaigns has increased steadily over the last decade, and the average donation has decreased in real dollars over that same period. Whereas only 65,970 people donated to candidate campaigns in 1982, more than 3.2 million did so in 2016 (which is still less than 2 percent of the adult population). However, donor activity has become more highly concentrated: In 2016, only 15,810 individuals accounted for half of all campaign contributions. By way of comparison, in the 2000 election, 73,926 individuals accounted for half of the donations 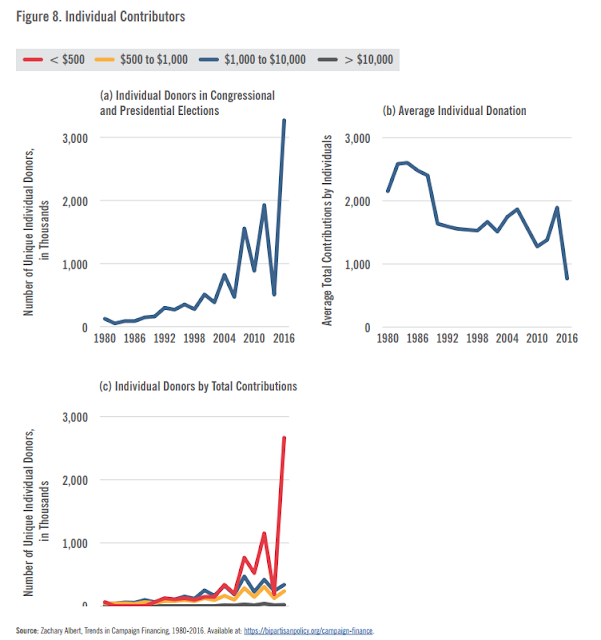 Why donate?  The reasons are a mix of purposive, material, and solidary motives.