In Defying the Odds, we discuss state and congressional races as well as the presidential election.

Governors who take office after the 2018 elections will be on hand to sign or veto redistricting plans following the 2010 census.  At Politico, Doug Sosnik says:

So, for me as a Democrat, there are 13 states in particular that I'm focused on in the 2018 governors’ races. But especially, these five: Michigan, Ohio, Pennsylvania, Wisconsin and Florida. If Democrats can win the governorships in these states and hold the one in Virginia, then we have a seat at the table at the redistricting coming up—we can't be politically gerrymandered in these big industrial Midwest states and Florida. 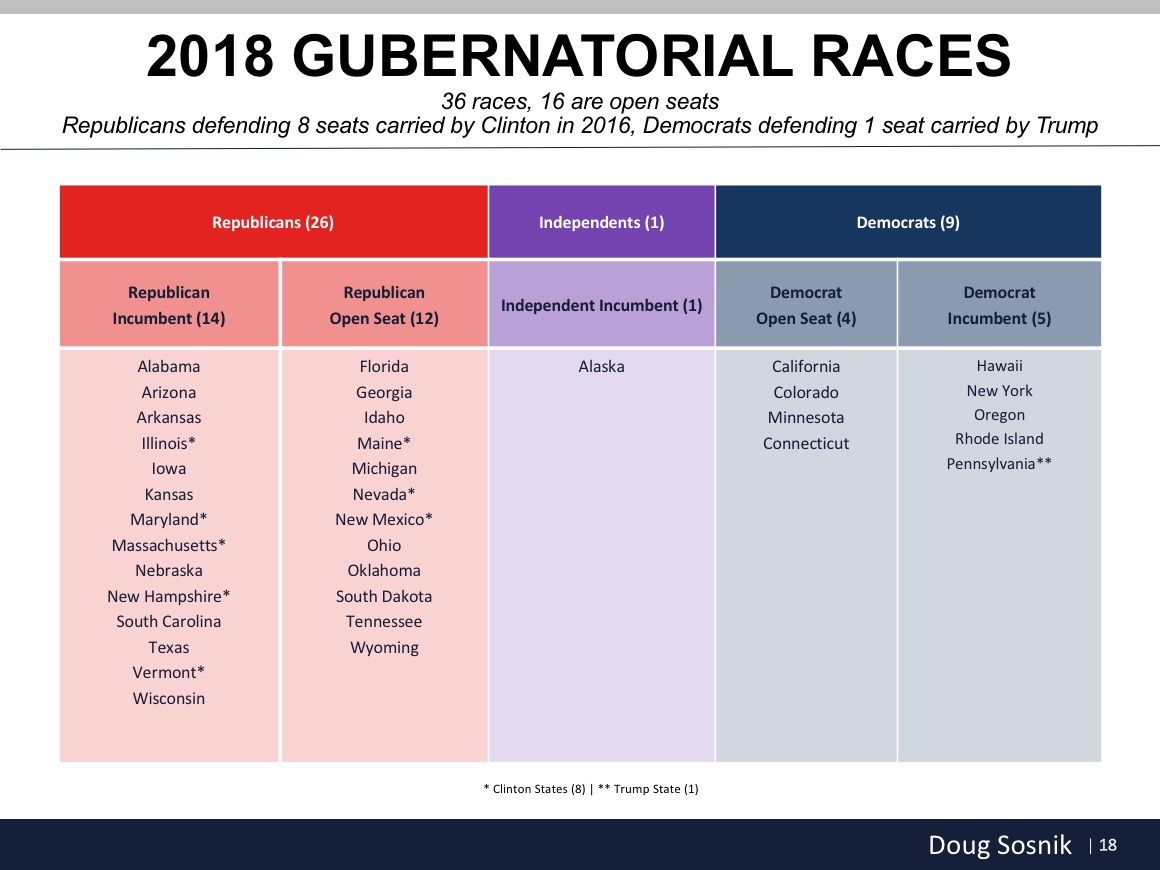