You Will Tell Your Grandchildren About These Days:

The past few years have brought many events without clear parallels in living memory.

The1918-20 Great Influenza was not a national political issue.  Wilson never said a word in public about it, though it did affect Congress. From the House historian:

October 07, 1918 On this date, the House public galleries were closed due to the severity of the Spanish influenza pandemic. According to some modern estimates, more than 50 million persons perished worldwide in the 1918–1919 outbreak; most sources attribute approximately 675,000 deaths in the U.S. alone to the Spanish flu. Washington, D.C., swollen by an influx of government workers during the First World War, was particularly hard hit.

And Trump was the first president whom the House impeached twice. 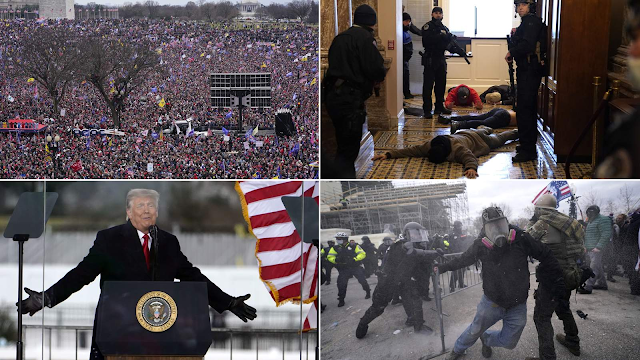 It was the first large-scale breach of the Capitol since the War of 1812. 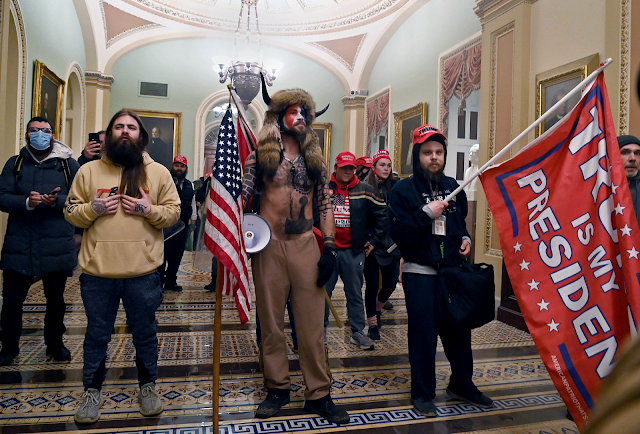 Just over 42 percent of the people in each party view the opposition as “downright evil.”

Each party views itself and the other: 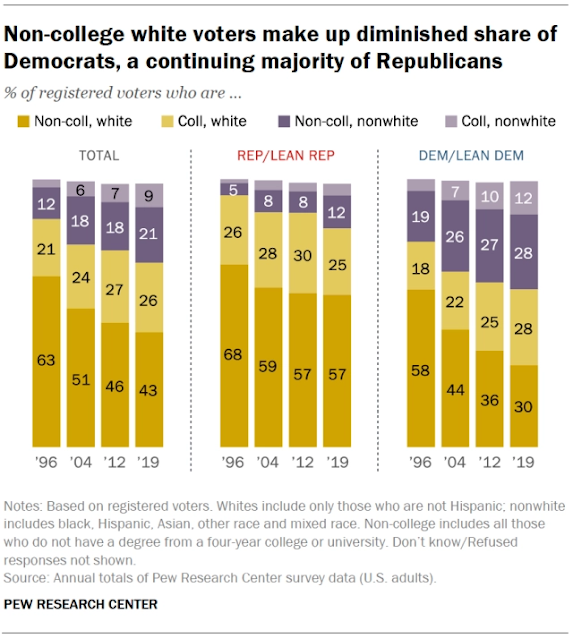 Landslide counties
We are not enemies, but friends. We must not be enemies. Though passion may have strained it must not break our bonds of affection. The mystic chords of memory, stretching from every battlefield and patriot grave to every living heart and hearthstone all over this broad land, will yet swell the chorus of the Union, when again touched, as surely they will be, by the better angels of our nature.
-- Abraham Lincoln, 1861
Posted by Pitney at 11:53 AM