Confidence in the Vote

Our recent book is titled Divided We Stand: The 2020 Elections and American Politics.  Among other things, it discusses the state of the parties. The state of the GOP is not good. Trump and his minions falsely claimed that he won the election, and have kept repeating the Big Lie.

Public confidence in the electoral process has been a growing topic of concern. While a majority of Americans express some degree of confidence that, across the country, votes will be accurately cast and counted in today's elections, that masks a yawning partisan gap. Over eight in 10 Democrats are confident in the integrity of the process, while four in 10 Republicans are not. Here's the trend surprise: In 2008, there was less confidence in the integrity of elections among Americans overall, but NO partisan difference. 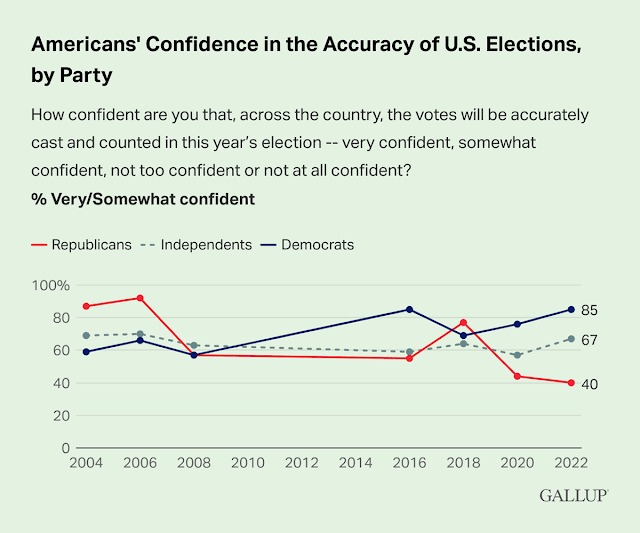