The move brings the total being spent by others on the candidate’s behalf to more than $650,000, according to records filed with the secretary of state’s office.

The new group, called Californians for Kashkari for Governor 2014, has raised a total of $415,000, including $50,000 from billionaire investment fund founder Robert Day. The organization, which by law cannot coordinate its efforts with the candidate, was formed Monday and has already reported spending more than $170,000 on mailers.

Here is one of those mailers (click images to enlarge). 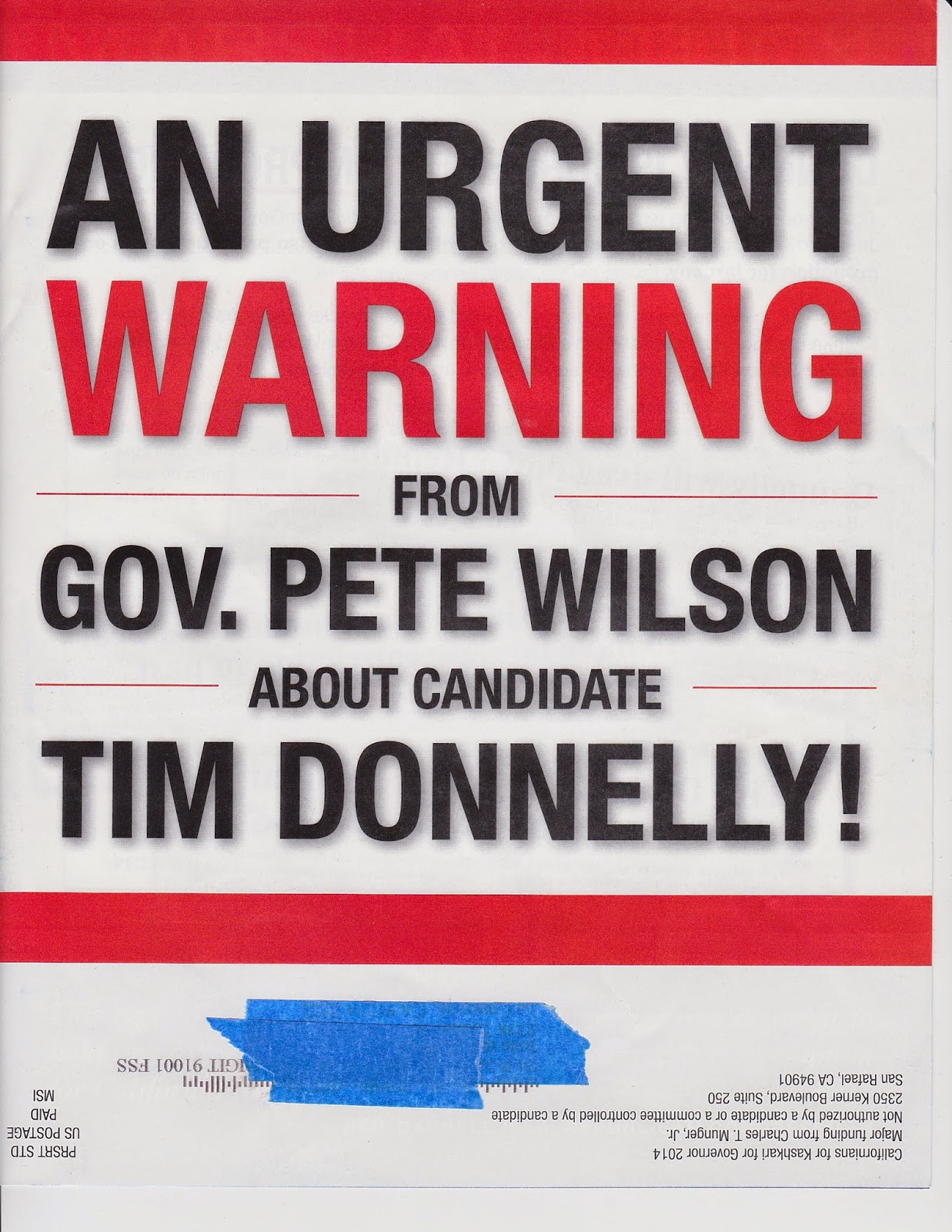 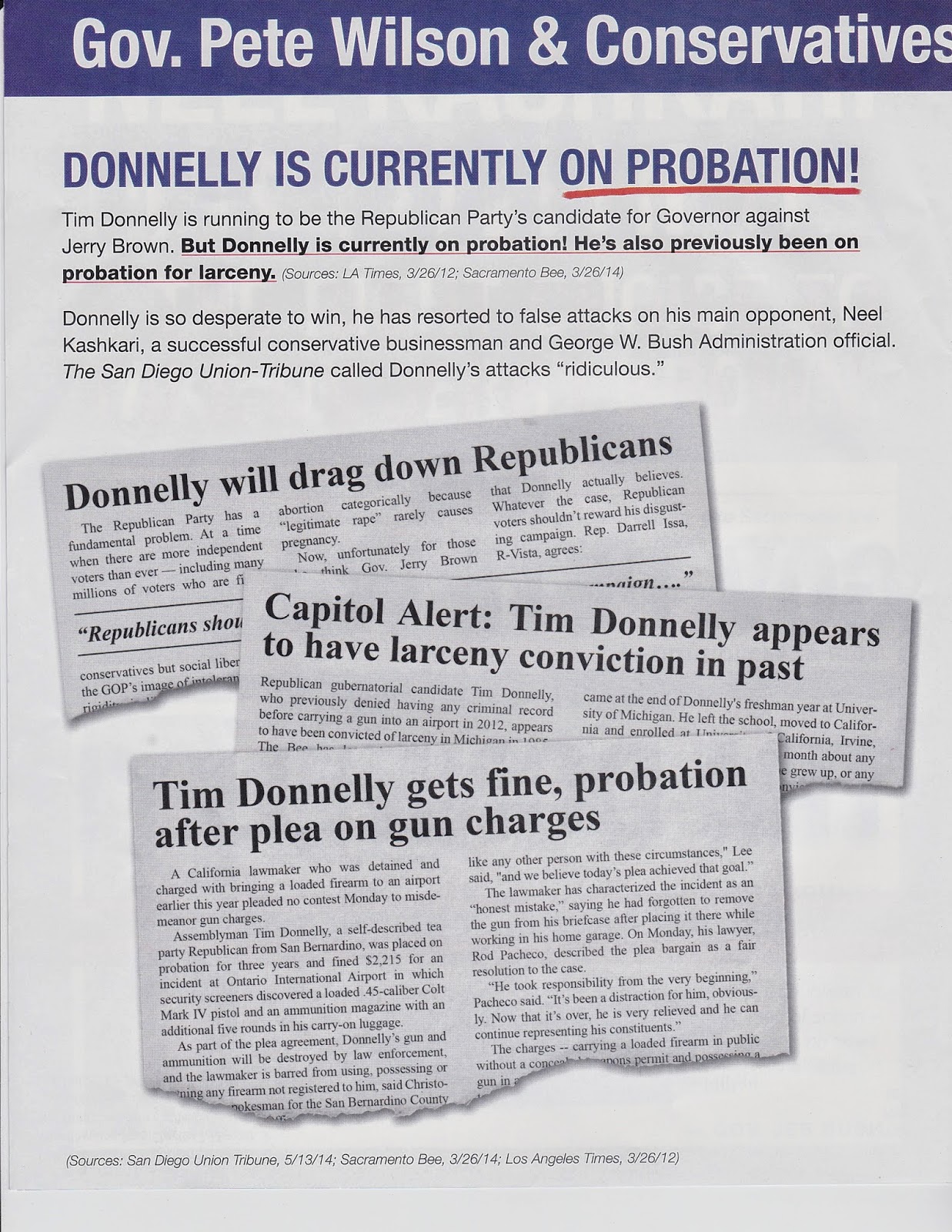 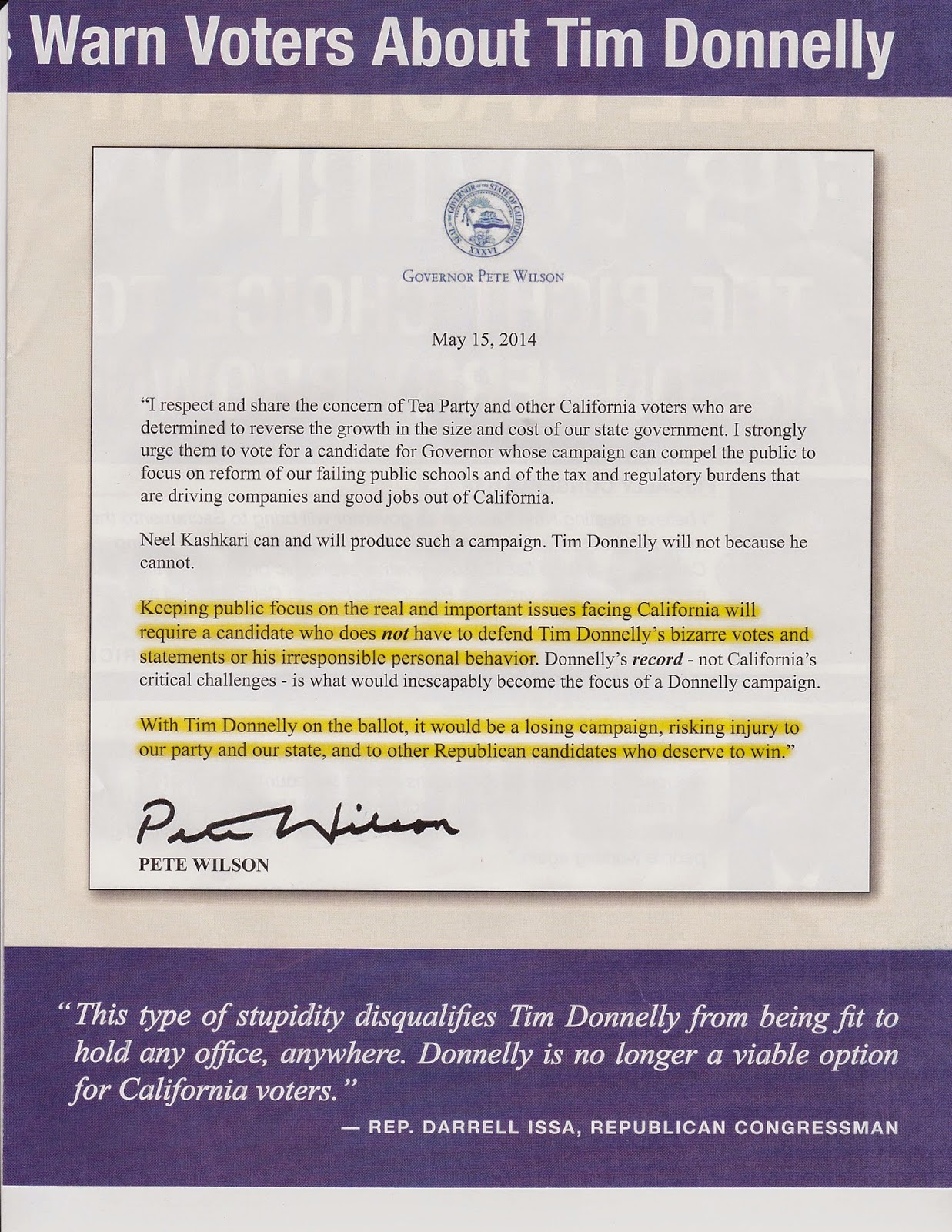 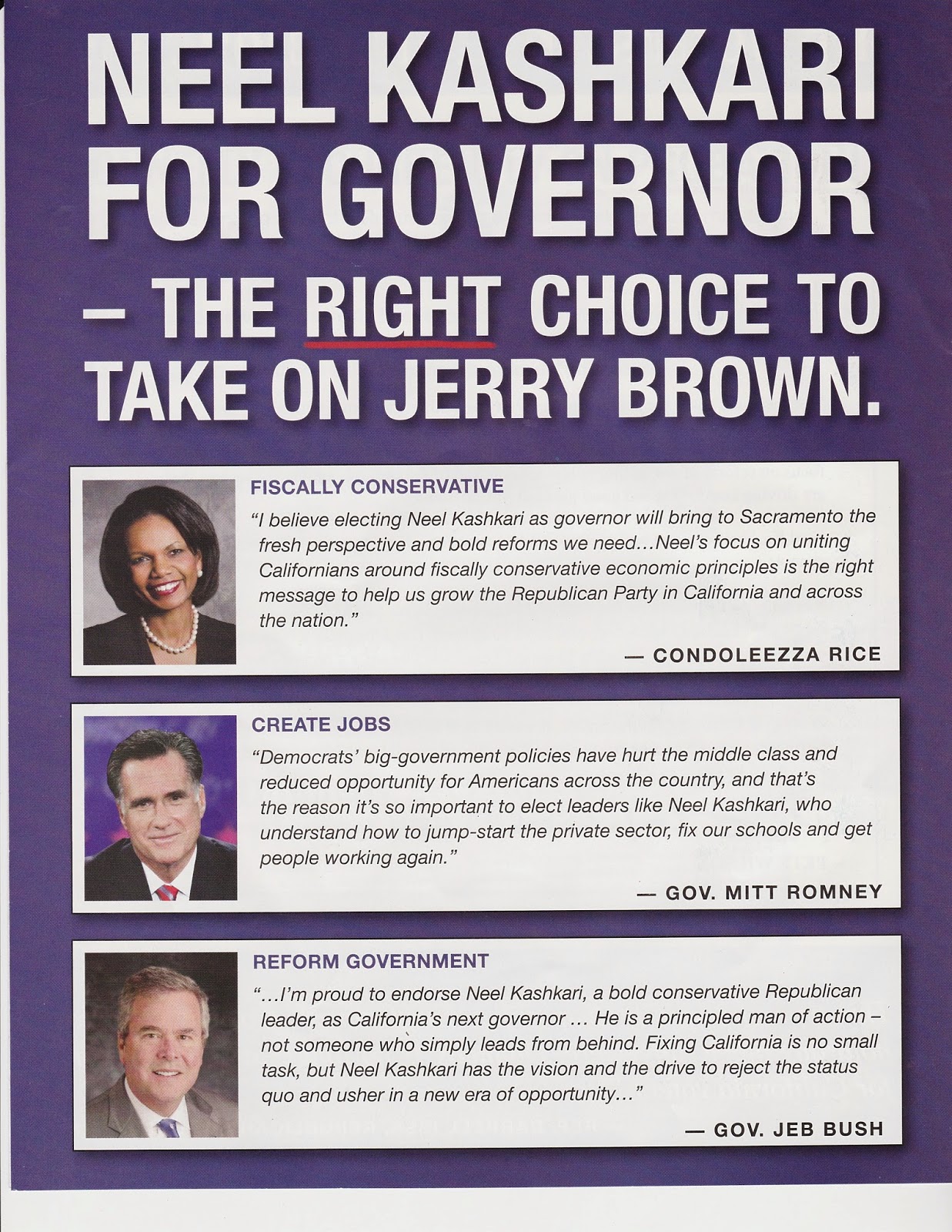