The business community, which has poured big bucks into education overhaul efforts in recent years, could give Tuck a boost: Many of his top donors are members of Silicon Valley technology and investment firms, and he has received $15,000 in contributions from former financial executive Eli Broad and employees of his educational advocacy foundation.

In early May, Los Angeles businessman Bill Bloomfield, a major Republican donor, reported spending nearly $370,000 on slate mailers for Tuck as part of an independent expenditure.

“Marshall Tuck is going to get a lot, a lot, a lot of money from corporate reformers,” said David Menefee-Libey, a professor of politics at Pomona College who specializes in education policy. “He will have the resources to test how receptive voters are to this corporate reform method.”


Bloomfield said he and his wife, Susan, are passionate about education policy and fixing the state’s underperforming schools. He is a significant supporter of the Michelle Rhee-led national organization Students First.

Of the $1.52 million Bloomfield is directing to boost campaigns this year, $720,000 has gone to help schools superintendent candidate Marshall Tuck, who is fighting to advance to a head-to-head match-up against incumbent Tom Torlakson. Both are Democrats.

Bloomfield said he and his wife came away impressed after a recent meeting with the candidate, and received a glowing review of Tuck from former Los Angeles Mayor Antonio Villaraigosa.

Here is a Bloomfield-financed mailer (click pages to enlarge): 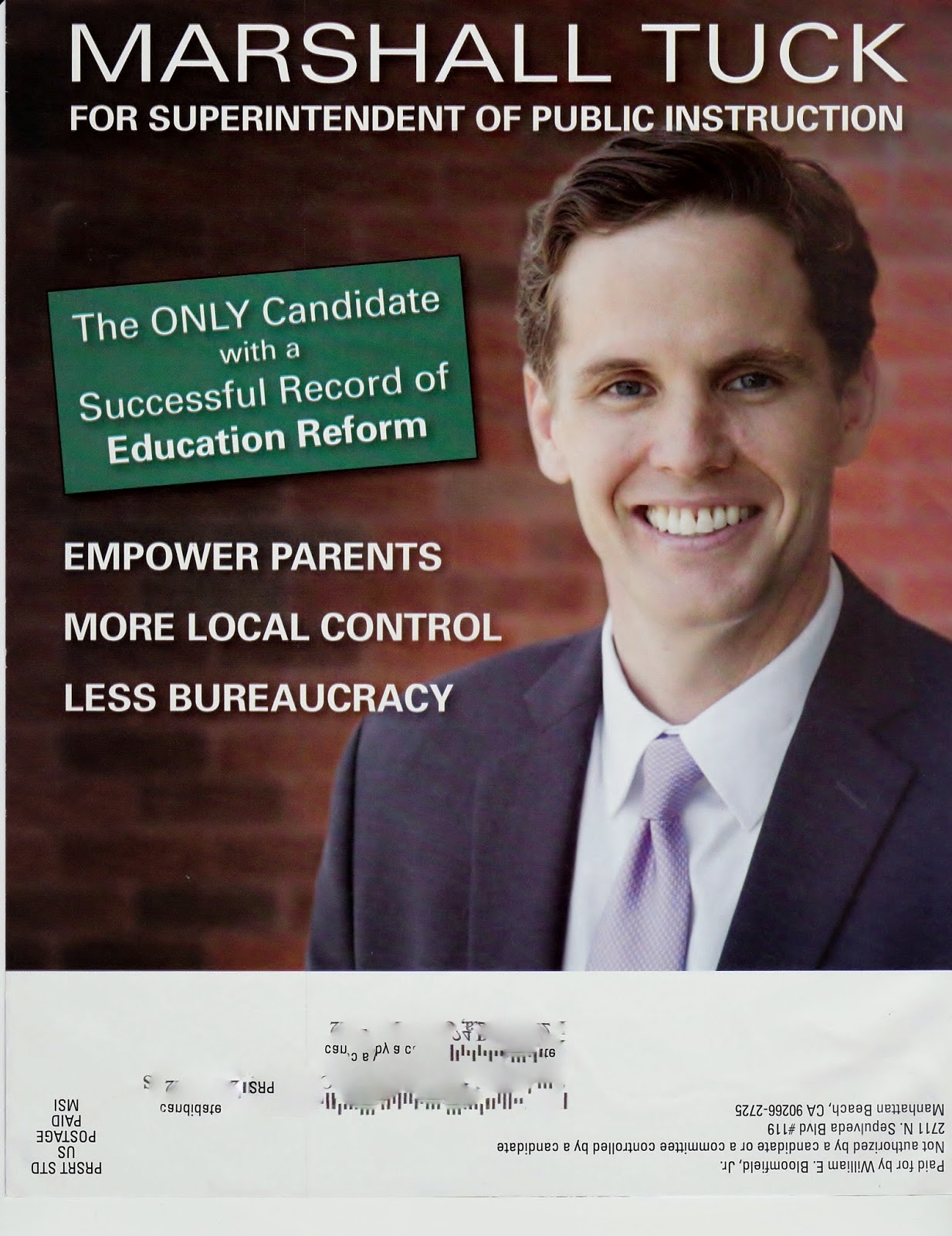 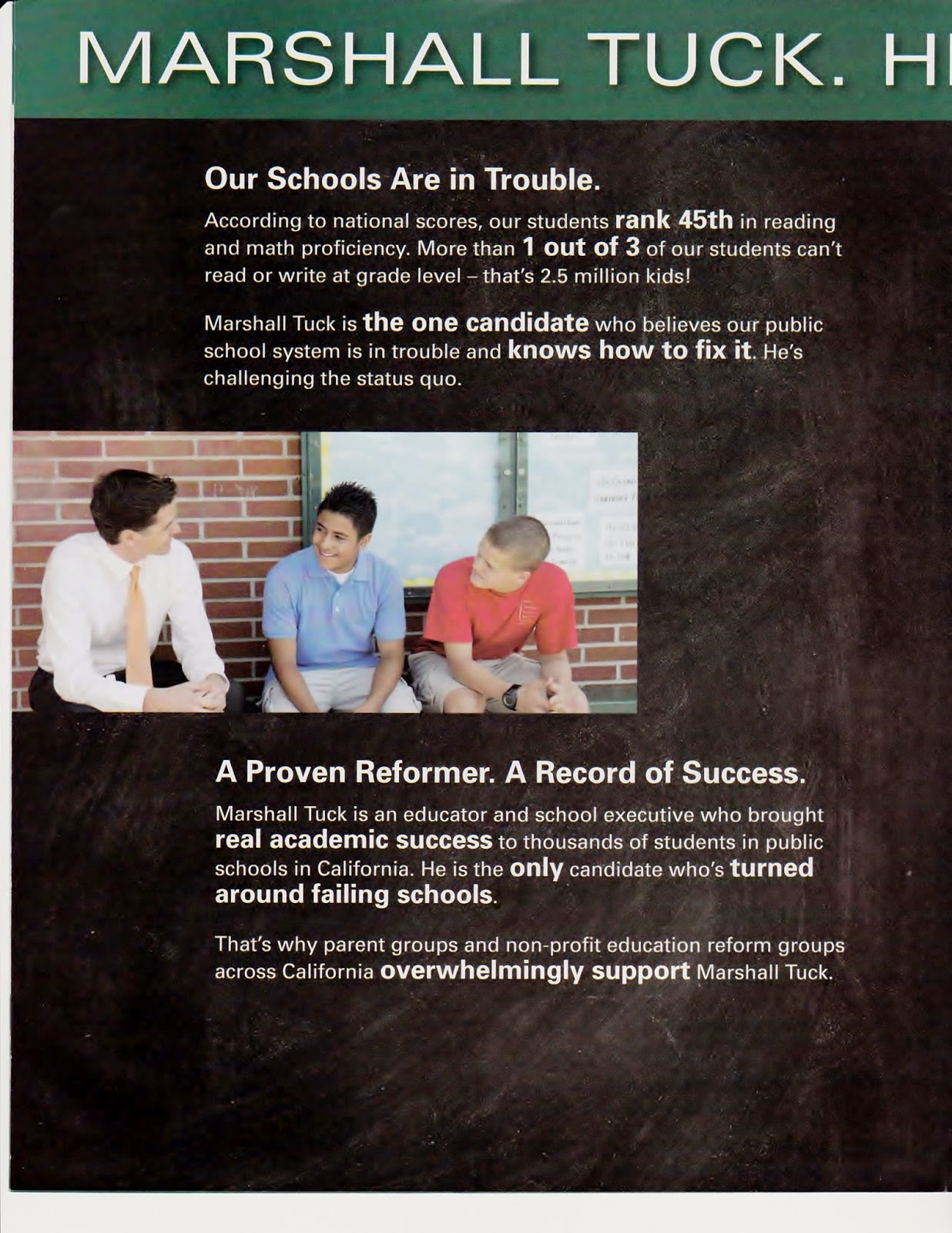 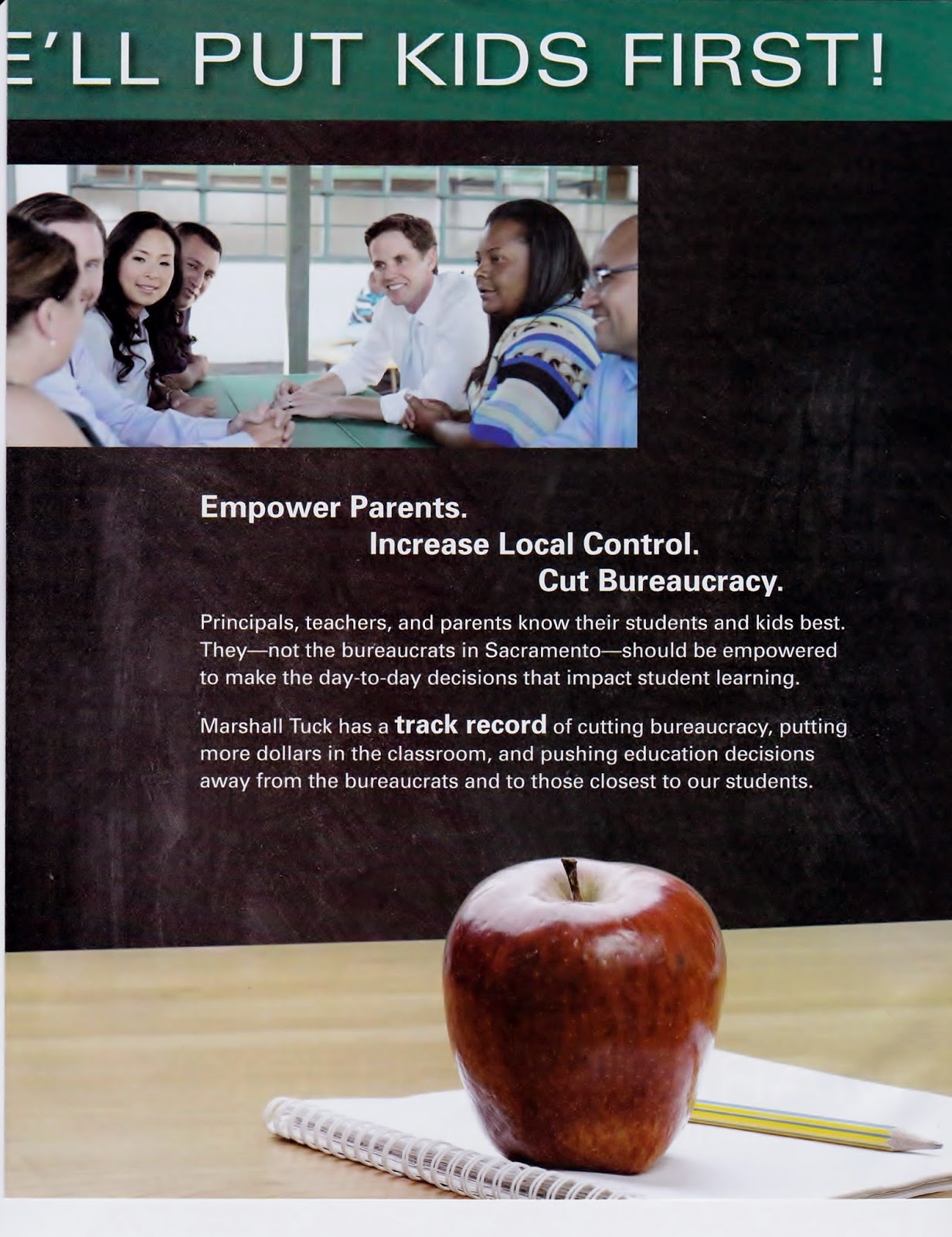 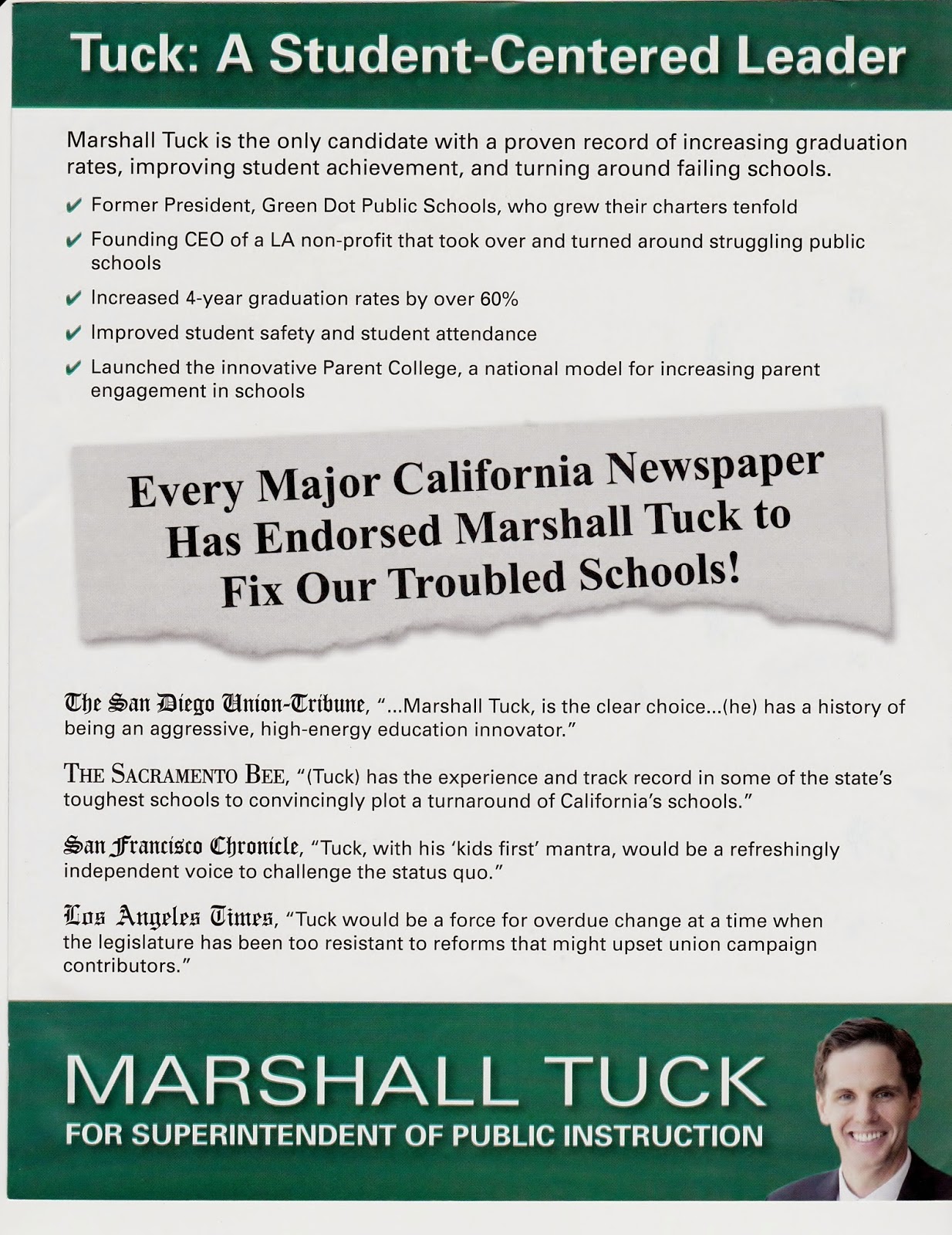