In Defying the Odds, we discuss the cultural gap in the 2016 election.

At WSJ, Janet Hook reports on a new poll:


The poll found deep splits along geographic and educational lines. Rural Americans and people without a four-year college degree are notably more pessimistic about the economy and more conservative on social issues. Those groups make up an increasingly large share of the GOP.

Now, a substantial majority of 64% view immigration as strengthening the country, while 28% say it weakens the U.S. The change is due almost entirely to a sharp shift in Democrats' views. In 2005, just 45% of Democrats said the country was strengthened by immigration; now the share is 81%. 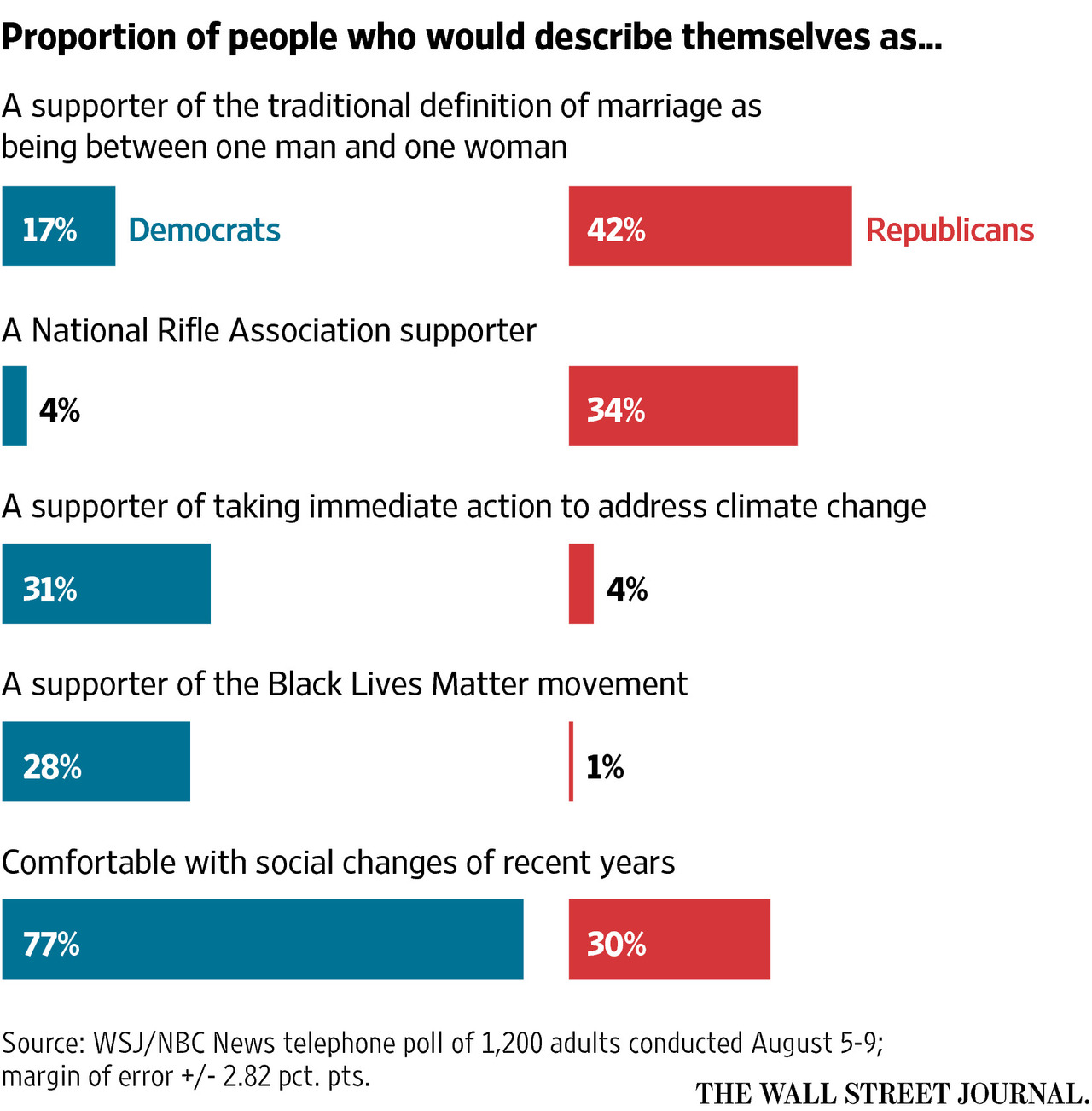