Our new book is titled Divided We Stand: The 2020 Elections and American Politics.  Among other things, it discusses state and congressional elections. It also discusses the state of the parties. The state of the GOP is not good. House Republicans voted to depose Liz Cheney as conference chair because she told the truth about the insurrection.

Eighty percent of Republicans who'd heard about the vote agree with Cheney's removal — they feel she was off-message, unsupportive of Mr. Trump, and that she's wrong about the 2020 presidential election. To a third of them, and most particularly for those who place the highest importance on loyalty, Cheney's removal also shows "disloyalty will be punished." 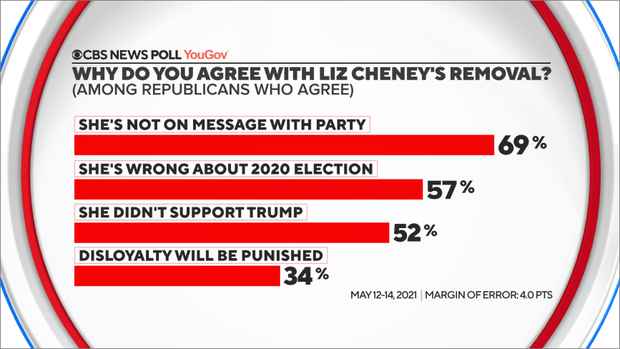