Religion and the Presidential Vote

In Defying the Odds, we talk about the social and economic divides that enabled Trump to enter the White House. In Divided We Stand, we discuss how these divides played out in 2020.

As in previous years, voters who frequently go to religious services – defined as those who attend at least monthly – were more likely to vote for the Republican candidate in the most recent presidential election, while less frequent attenders were more likely to back the Democrat. 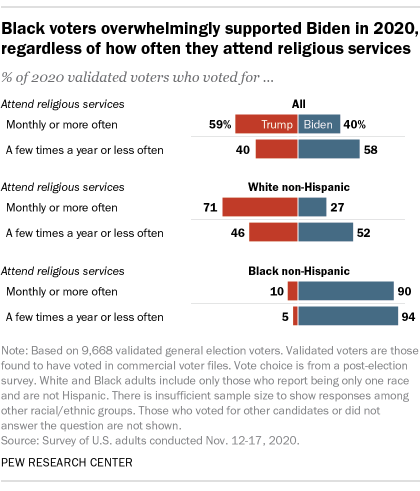