Growing Partisan Divide on the Insurrection

In Defying the Odds, we discuss Trump's dishonesty and his record of disregarding the rule of law.  Our next book, Divided We Stand, looks at the 2020 election and the January 6 insurrection.  Some Republican leaders -- and a measurable number of rank-and-file voters -- are open to violent rebellion, coups, and secession.

Since March, there has been a 22 percentage point drop in the share of Republicans who think it is very or somewhat important that federal law enforcement agencies find and prosecute those who broke into and rioted at the U.S. Capitol on Jan. 6 (from 79% to 57%).

Moreover, only about quarter of Republicans (27%) view the prosecution of the rioters as very important; six months ago, half said this was very important. Among Democrats and Democratic leaners, there have been only modest changes in opinions about finding and prosecuting the Jan. 6 rioters. Today, 95% say it is important, including 80% who see this as very important. 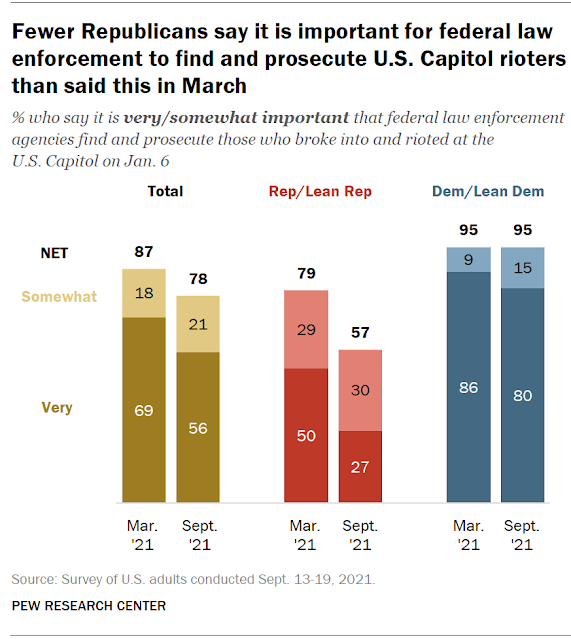