Hillary Clinton's claim that the Islamic State uses footage of Donald Trump as a recruitment tool may have been bogus, but it appears less far off the mark in a wake of a new video.

Footage compiled by the Somali terrorist group al-Shabaab includes the Republican front-runner arguing for a "a total and complete shutdown of Muslims entering the United States until our country's representatives can figure out what the hell is going on."

The video bleeps out "hell."

The video's authenticity is not certain, though the SITE Intelligence Group, which tracks terrorist communications, said has determined al-Shabaab created the video. 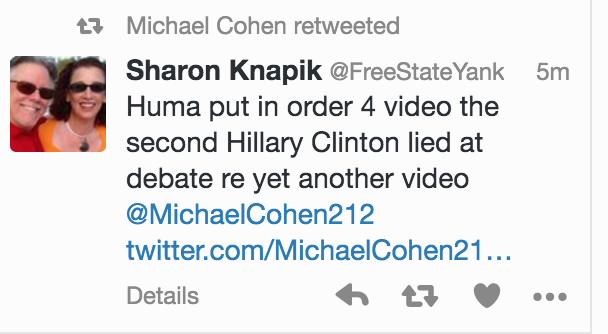